The No. 2 worldwide producer of spirits and wines is set to begin construction on the Kentucky facility to meet the increasing demand for Jefferson’s Bourbon.

Pernod Ricard is investing approximately $250 million over the next five years to build a state-of-the-art, carbon-neutral distillery, along with related aging warehouses, in Marion County, Ky., to produce its fast-growing Jefferson’s Bourbon brand. Construction of the new distillery is expected to begin in January 2023. The target completion date for the distillery and related warehouses is 2025.

Once it’s operational, the distillery is intended to be carbon neutral, which would make it the first distillery of its size in the U.S. to achieve LEED certification. The distillery and warehouses will include low-carbon technologies, such as electrode boilers, as well as on-site electric trucks and facility vehicles, powered by certified renewable electricity. Solar and natural lighting will be used extensively throughout the property and facility.

As part of Pernod Ricard’s commitment to protect and nurture the area surrounding its facilities, Jefferson’s will continue to partner with local farmers and suppliers to source ingredients and casks.

“American whiskey is booming, and Jefferson’s growth has been phenomenal,” says Ann Mukherjee, chairperson and CEO, Pernod Ricard North America. “We’re very bullish on the brand’s potential, and we’re committed to making our new Jefferson’s facility one of the most exemplary distilleries in the world in order to achieve it.

“Our company is an agricultural company at its core, and so, it is vital that we lead the category forward—in partnership with our farmers and growers—and remain committed to the long-term sustainability of our people, our industry, and our planet. This investment is the latest illustration of that belief,” Mukherjee concludes. 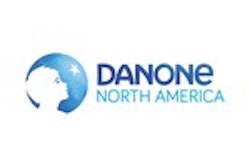 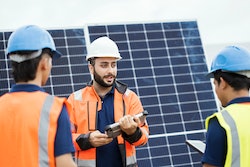 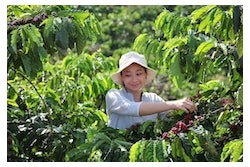