PMMI Media Group editors fanned out across the many booths at PACK EXPO Las Vegas to bring you the Innovations Report. Here’s what they saw in machinery for the food industry.

This past fall, more than a dozen editors at PMMI Media Group hit the show floor running at PACK EXPO Las Vegas. That all comes together in the January issue of Packaging World, sister magazine to ProFood World, where we weave together all of the coverage into a single cohesive tapestry called the PACK EXPO Innovations Report.

If you have the chance, the full 100-page report is worth a read. But we’ve also broken it down into more digestible chunks, a part of which covers machinery for the food industry.

First is a trayless ground meat package that Harpak-Ulma had on display at its booth. It’s a package format that hasn’t been seen much yet in the United States but has become increasingly popular in Europe. By eliminating the tray, not only are you removing a whole piece of the packaging, but you also eliminate the trucks and the fuel they would consume to deliver the trays.

The trayless packages are backflushed with a mix of oxygen and carbon dioxide and wrapped on a flow wrapper. European meat companies have not been inserting a soaker pad, only paper. Testing in the U.S. has been done both with and without a soaker pad. The jury is still out on whether it’s needed.

At least historically, U.S. consumers have been pretty set on getting their ground meat in a tray with film overwrap. But given the more recent push for sustainability, this format may replace the old method.

Next, as consumers put more emphasis on health, demanding more natural, fresh foods, interest is growing in high pressure processing (HPP) and what it can do to extend the refrigerated shelf lives of natural products. At PACK EXPO Las Vegas, JBT Avure introduced its FlexiBulk system, which is aimed at optimizing efficiency and throughput significantly.

A drawback to HPP—which extends shelf life of packaged products by using high pressure to inactivate bacteria—is the limitation it puts on the type of packaging that can be used and also the efficiency of the system. Historically, primary containers filled with product are placed into a large basket. The baskets are filled with water and are then put into a pressurizing chamber. Primarily plastic packaging is suitable for this process because things like glass or metal cannot stand up to the intense pressure—up to 87,000 psi—involved in the process.

In recent years, innovative bulk HPP systems have helped broaden the range of packaging materials used. Rather than putting filled primary containers into the HPP basket, a flexible film bag goes into the basket to be pressurized instead. The product from the bulk container can later be put into a wider range of primary containers.

The downside to this bulk HPP approach is that it’s sequential. Only when all three critical processing steps—filling the bulk bag, pressurizing the bulk bag, and emptying the bulk bag’s contents into a tank—are completed can the next batch of product be filled into a bag and a new cycle begin. And that’s where FlexiBulk comes in. Rather than relying on one HPP basket that must be filled, processed, and emptied before the next batch can begin, FlexiBulk deploys multiple HPP baskets, greatly improving throughput efficiency. Also important is that the FlexiBulk baskets accept either bulk bags or single-serve plastic containers simultaneously.

The last piece of equipment focuses in on improving efficiency while also reducing product waste. The Urschel TranSlicer (ETRS) cutter features a built-in discharge conveyor, which facilitates the dispensing of cut product into totes. The built-in conveyor also assists with the effective capture of slivered, small cuts of leeks, onions, or peppers to promote complete discharge from the machine.

Hinged/sliding panels offer full access to all key areas of the machine to simplify maintenance and washdowns, while sloped surfaces throughout the machine, including a self-draining frame, make cleaning easier. Engineered for elongated food products, the belt-fed unit employs different styles of 20-inch diameter cutting wheels to create flat or crinkle slices and julienne cuts.

Thanks and see you next time on Take Five with ProFood World. 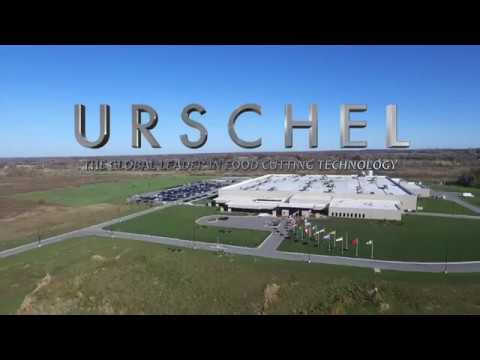 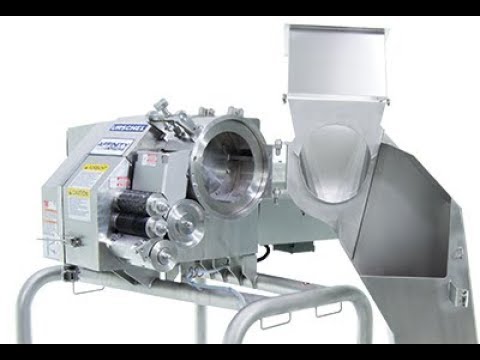 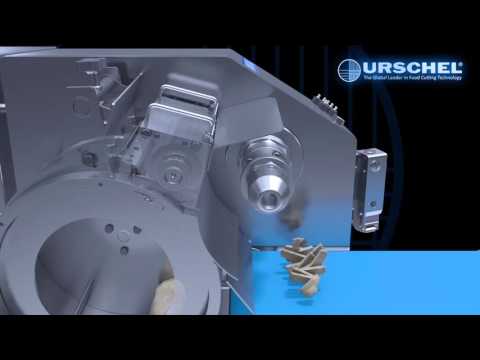 Watch interviews with PACK EXPO East attendees on what they came to find and what they discovered at the largest comprehensive packaging and processing event in the world this year.
Mar 25th, 2022

PMMI Media Group editors fanned out across the many booths at PACK EXPO Las Vegas to bring you the Innovations Report. Here’s what they saw in machinery for the food industry.
Melissa Griffen
Aaron Hand
Mar 11th, 2022

Why Proper Cybersecurity Is Critical to Food and Bev Operations

Recent attacks have made it clear how imperative cybersecurity is to the food and beverage industry and to the entire supply chain. It’s also important to keep your operations up and running, and making money.
Aaron Hand
Feb 25th, 2022

What started as a craft brew trend toward paperboard replacing its plastic can handle multipacks is now being seen in brands like Coca-Cola and Heinz UK. Watch this "Take Five with Packaging World" video to learn more.
Matt Reynolds
May 7th, 2021

As the world approaches two years of battling the corona virus, and the resulting supply chain crisis, food and beverage manufacturers like Mars, Grupo Bimbo, and others remain focused their sustainability goals.
Joyce Fassl
Dec 3rd, 2021

Edible packaging may never be truly mainstream, but there are niche situations where it can be viable and effective. Recently, applications have leapt off the conceptual drawing board and into commercialized projects for beta testing.
Matt Reynolds
Nov 19th, 2021
More in Take Five

Compact processing systems for baked snacks, sorters for nuts and dried fruits, and an innovative levitating material handling system are some of the highlights editors found at PACK EXPO Las Vegas and featured on this Take Five with ProFood World video.
Aaron Hand
Nov 5th, 2021

Watch interviews with PACK EXPO Las Vegas attendees on what they came to find and what they discovered at the largest comprehensive packaging and processing event in the world this year.
Kim Overstreet
Natalie Craig
Jim Chrzan
Oct 1st, 2021

An annual feature of ProFood World’s October issue, the Global 250 details the rankings of the world’s leading food and beverage companies. We’ll give you a glimpse into this year’s report, along with the consumer trends that are shaping the industry.
Aaron Hand
Sep 24th, 2021

To pass inspections and prevent recalls, food manufacturers must focus on physical contaminant elimination, improving practices, and developing a culture of food safety with buy-in from all staff levels. All this and more on today's Take Five.
Melissa Griffen
Joyce Fassl
Sep 10th, 2021

From healthcare to food applications, these shippers derived from corn and sugar beets cut petroleum sourcing, water, and greenhouse gas use in manufacturing. This Take Five video has the full story in under five minutes.
Keren Sookne
Sep 3rd, 2021

Get the Most Out of PACK EXPO Las Vegas

There is much more for food and beverage processors to see at PACK EXPO Las Vegas beyond the Processing Zone. In this Take Five video, we highlight several of the education and networking opportunities.
Aaron Hand
Aug 13th, 2021

Take Five Video: As processing and packaging come together as an integrated system, it’s more important than ever to bring them under one roof. Also covered: NAM initiatives reach out to minority communities to fill the demand for a quality workforce.
Melissa Griffen
Joyce Fassl
Jul 30th, 2021