A regulations and food safety track at ProFood Tech outlined what manufacturers can expect from a Food and Drug Administration inspection that will determine compliance with the Food Safety Modernization Act. 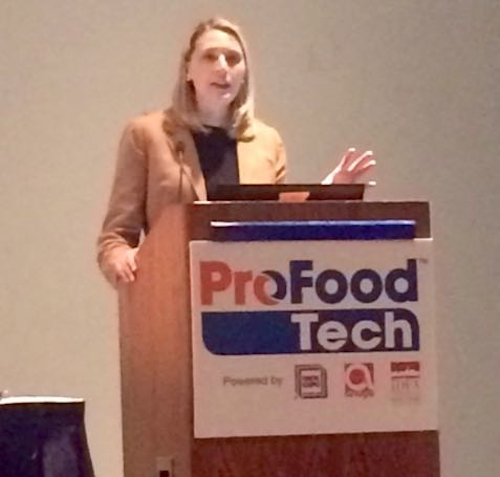 Large food manufacturers have recently experienced the first taste of the U.S. Food and Drug Administration’s Food Safety Modernization Act (FSMA). As of September 19, 2016, large businesses (500 or more employees) with human food facilities had to comply with new standards around preventative controls and current good manufacturing practices (CGMP). Small food manufacturers will have until September of this year to comply, followed by several more final rules for the foreign supplier verification program (FSVP), sanitary transportation of food, and food defenses around intentional adulteration.

While manufacturers focus on creating a hazard analysis and risk-based preventive controls (HARPC) plan, it is critical to the future health of these organizations to understand what the FSMA guidance says and what Food and Drug Administration (FDA) inspectors will be looking for during plant audits. To that end, this is not just a management or technology issue, but a business matter that requires engagement with a company’s legal department.

That was the message delivered by Elizabeth Fawell, counsel at legal firm Hogan Lovells. Fawell specializes in food regulations and was a presenter at the ProFood Tech conference in Chicago this week. The FDA could be knocking on any plant-floor door to conduct an audit, an exercise that includes reviewing records, taking product samples to detect pathogenic contamination and collecting evidence that could be used against the company. If, when inspectors walk out, you are handed a Form 483 report—which outlines violations—it could spell trouble for the company. And, for the record, the FDA is not shy when it comes to calling out violations. In the FDA’s fiscal year 2016 Inspectional Observational Summaries, there were 2,196 Form 483 reports given to food companies.

Understanding that the FDA could be coming your way, it is important to engage with the company’s legal department early on. “You don’t want to get a warning letter and that’s the first time general counsel knows you had an inspection,” Fawell said. “They need to know when an inspection is conducted so they can respond to a 483.” Similarly, plant managers and their team must be well-versed on the company’s food safety plan, which means being able to discuss procedures and scientific justification in detail. “And know what records to pull. A lot of folks will have all the documentation but when the FDA says ‘let’s see the procedures for the metal detector,’ they don’t know exactly what to pull. You need to have that mapped out ahead of time.”

There are many open questions about pending regulations that remain, such as the verification of the suppliers’ suppliers or the definition of an “importer” for FSVP purposes, so it is important to have the team stay on top of FDA movements. For example, last year the FDA initiated a team called Strategic Coordinated Oversight of Recall Execution (SCORE), a cross-functional team of senior FDA leaders who will address challenging recall situations and speed up response when foods represent a danger to consumers’ health. Why watch this team? Because they are expanding their scope to preventative control inspection. “We need to prepare for quick responses and understand this team—who is on it and what their role is in making and enforcing decisions,” Fawell said.

Keep in mind technological advances as well, like whole-genome sequencing, which enables precise matches between product samples and ill patients. Regulatory agencies are building databases of illness strains found in consumers, “which means it will be increasingly easy to link a company’s products and factory environment to foodborne illness,” she said.

Fawell continued to stress that the FDA will expect a plant manager to explain the scientific justifications underlying the food safety plan and provide supporting documentation. This means the plant manager will be held accountable and must build a team of people who can step in when there are multiple investigators conducting inspections on site performing a “swab-a-thon” search for pathogens via microbiological sampling.

While there are many unknowns in this process, the best way to prepare for inspections is to know your rights, including the company policies and procedures and what the state law says. In addition, Fawell recommends applying good record-keeping practices, preparing for system-based inspections and understanding updated manufacturing processes. Don’t overlook good manufacturing practice (GMP) and create a food safety culture at the company in which all employees understand their role.

“Inspections are changing and will change more as FSMA ramps up,” Fawell said, “and inspectors are eager to use their authority. Keep calm and get ready.”

The agency’s vision is based on three fundamental tenets: It must be people-led; it should be FSMA-based; and solutions should be technology-enabled.
Jeffrey T. Barach
Apr 15th, 2020

Food facilities covered by the rule will be required to develop and implement a food defense plan that identifies vulnerabilities and mitigation strategies for those vulnerabilities.
Mar 5th, 2019

Both draft guidance documents will be open for public comment for 180 days.
Oct 19th, 2018

Will work to help ensure food safety throughout the supply chain
Aug 21st, 2018

Other installments to be released within the next six months.
Jun 21st, 2018

Forward-thinking approach to legislation can be cost-saving measure

Companies who make minimum effort to meet packaging legislation deadlines could end up paying more in the long term.
Kim Overstreet
May 25th, 2018

FDA expands its Data Dashboard to include FSMA

The association cites regulations that are overly burdensome, outdated and barriers to innovation.
Feb 6th, 2018

Two of the documents will help industry meet the requirements of the Foreign Supplier Verification Programs (FSVP) regulation.
Jan 29th, 2018

Training is critical for the success of FSMA

The agency is exercising enforcement discretion to allow time to consider changes or other approaches to address concerns regarding the application of these provisions.
Jan 4th, 2018

Regulatory challenges a burden on mid-size and small CPGs

The web pages for the two preventive controls rules – which had the first major compliance dates – have also been updated.
Oct 23rd, 2017

Small Entity Compliance Guides can help farmers determine whether they are eligible for a qualified exemption.
Sep 5th, 2017

The compliance date for small businesses under the Intentional Adulteration Rule is July 27, 2020.
Aug 24th, 2017

While the tool was primarily designed for use by small manufacturers, which may have limited resources, any size manufacturer can opt to use it.
Aug 22nd, 2017

Companies with 500 or fewer employees and those registered with FDA must implement the new rules.
Jeffrey Barach, Ph.D.
Aug 22nd, 2017

Most companies are well on their way to compliance with the FDA, according to a new study by PMMI Business Intelligence. Problem areas include dairy, produce and smaller companies in general that lack resources.
Aug 6th, 2017

The keystone of FSMA is the food safety plan: Build on your HACCP knowledge to get there