Industry outlook for US food and foods preparation production

Food production in the US enjoyed accelerated grow in 2017 and will continue, according to the Q1 Quarterly Economic report from PMMI Business Intelligence.

A new report, Quarterly Economic Outlook Planning For First Quarter of 2018, conducted for PMMI Business Intelligence by ITR, says the majority of segments of the US core economy are expanding, and leading indicators corroborate expectation of accelerating growth into the first half of 2018.

Rising global demand and higher commodity prices contributed to growth in US Nondefense Capital Goods New Orders and both US Wholesale Trade of Durable Goods and Nondurable Goods.

US Food and Foods Preparation Production during the 12 months through September was up 3.0% from one year ago. Production transitioned to an accelerating growth rate. Consequently, the forecast was revised as previous forecasts called for slowing growth to persist in the coming quarters. ITR raised the forecast for average annual Production by about 1.7% for 2017, 2.1% for 2018, and 2.7% for 2019.

Production will rise through year-end 2019, though, Slowing Growth will characterize the majority of 2018. US Corporate Profits for Food, Beverage, and Tobacco Products Industries are in Slowing Growth. This indicator typically leads production by about a year and a half and suggests that production will transition to a slowing growth trend by the start of next year, in line with previous forecasts.

As the rate of growth for production slows next year, new-to-market products may help some companies outperform the competition. 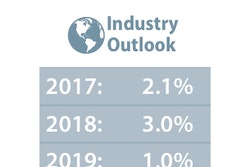 US beverages, coffee, and tea production 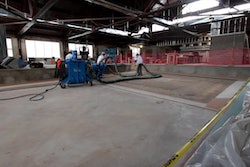