Is blockchain a one-trick pony?

Despite an array of applications for blockchain, the technology is fighting some headwinds from knowledgeable naysayers. Is it just an overhyped tool for cryptocurrencies, or does it hold critical answers for industry’s supply chain and cybersecurity issues? 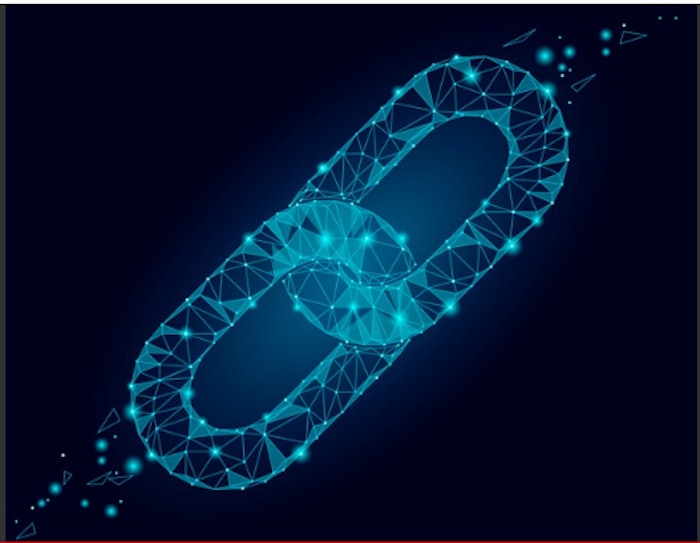 Blockchain has been gaining a lot of attention, but its association with Bitcoin has led to skepticism about the technology.

As a highly secure system of record keeping, blockchain has been gaining a lot of attention across the industrial sectors as a means of securing and recording supply chain transactions and as a method of automation system cybersecurity. But its use with Bitcoin, for which it records and connects transactions, has led to no small amount of skepticism about the technology.

One high-profile example of this skepticism can be found in a recent article by Nouriel Roubini, a professor at New York University’s Stern School of Business and chairman of Roubini Global Economics, in which he describes blockhain as “overhyped,” as having “only one application,” (i.e., cryptocurrencies), and as a technology that “faces massive obstacles” in its application to anything beyond cryptocurrencies. I found Roubini’s stance interesting considering the growing evidence, as cited in the opening paragraph of this article, that blockchain is expanding rapidly beyond its cryptocurrency beginnings.

Exploring the “massive obstacles” Roubini cited, I looked at the Financial Times article linked to in his post. While much of the article focused on blockchain’s current cryptocurrency and potential banking applications, the biggest drawbacks the article noted that could impact blockchain’s application in industry are its cost and complexity.

With these issues in mind, I reached out to three companies—SAP, Wipro and Xage—each of which are working with industrial blockchain applications, to find out what they thought about the arguments being brought to bear against the potential of blockchain technology.

SAP is investing in blockchain “to bring valid, digitized processes into SAP’s IoT [Internet of Things], manufacturing and supply chain solutions,” said Gil Perez, senior vice president of IoT and digital supply chain at SAP. “The value of distributed and trusted business records is immeasurable, even when we limit the analysis to a single use case of track and trace—tracking a product from inception to end of life/recycling. The ledger ensures the record’s physical, logistical, commercial and legal provenance is trackable, traceable and immutable.”

I found Perez’s comment here to be an interesting response to the Financial Times’ criticism of “blockchain fetishism.” In addition to the perceived cost and complexity issues of blockchain cited in the article, it also indicates that, for blockchain to be effective, “it would have to be adopted universally.” SAP disagrees with this viewpoint.

“SAP is primarily focused on the semi-private blockchain, as it allows member companies of the enterprise blockchain to control and provision who joins the network and has access to data,” said Perez. This semi-private blockchain approach is “an efficient, accurate principal body of data [with which] organizations can eliminate bottlenecks by avoiding hand-off processes and providing digital transparency,” he added. Plus, running blockchain in a semi-private deployment vs. a public deployment, “significantly reduces the cost and complexity of running the blockchain network.”

Supporting his case with an industry example, Perez said that, in the pharmaceutical industry, blockchain can be used to “simplify and track and trace the lifecycle of prescription drugs—from manufacturing and packaging to their transportation to the wholesalers and hospitals. In addition, this trackable digital system can minimize costs stemming from regulatory compliance requirements. In this case, the savings is not only financial, but also can result in lifesaving, making it an immeasurable cost saving.”

Perez also noted that, as of February 2018, SAP has more than “45 SAP co-innovations customers, representing a total market value of over $1 trillion, who are actively working with SAP on adding blockchain to their SAP landscape. [Industrial] co-innovations customers include companies like Benjamin Moore & Co. and Merck. The common goal they all share is the intent to integrate the enterprise blockchain into the standard SAP IoT, manufacturing and digital supply chain products. The participating companies represent a broad number of industries, consumer products, pharmaceuticals, retail, logistics, high-tech, telecom, agriculture, defense, energy, machinery and public service industries. This wide breadth of industry adopters demonstrates the growth and development of blockchain independent of cryptocurrency.”

Addressing the blockchain cost issues cited by Roubini, Presanna V. Sundararajan, head of Wipro’s blockchain practice, noted that they have “successfully delivered blockchain-based solutions on public cloud infrastructure like AWS [Amazon Web Services] and Azure.” He said that the ability to do this means that “the cost of hosting and managing a blockchain network are insignificant, because there are no product licensing costs and the infrastructure requirements are lightweight. Additionally, these costs are offset by benefits of the decentralized solution, which provides provenance and non-repudiation via digitally signed transactions, transparency and automation via smart contracts, as well as an irrefutable source of truth and audit trail via immutable shared ledger.”

Echoing Perez’s comments about non-public blockchains, Duncan Greatwood, CEO of cybersecurity company Xage, said, “Private blockchains will typically be more efficient than fully public ones, in that they don’t have to incent participation with coins in the same ways. Also, well-designed blockchain applications will have appropriate caching, pruning and other capabilities to ensure efficient operation.”

Greatwood also pointed out that blockchain “need not be more expensive than alternate cybersecurity approaches. In fact, for certain applications, blockchain proves to be the most efficient approach.” Speaking from a cybersecurity point of view, Greatwood went on to list several applications that match well with blockchain technology, including:

Also coming out in support of blockchain recently was Robert Herjavec, founder of the Herjavec Group, a business information security services provider. Yes, he’s also the guy from the ABC reality TV show “Shark Tank,” but let’s not hold that against him. He notes that Bitcoin and blockchain are “vastly different entities that are far too intermingled” by most of the media reporting on them. He agrees with Warren Buffet that Bitcoin is going to crash in a big way one day, but has no doubt that blockchain technology will be around for a long time.

As noted by Perez, Sundararajan and Greatwood above, Herjavec suggests that, when assessing blockchain, you “look for the right identity tools/applications for your enterprise’s unique infrastructure and scenario. I often liken the Internet to electricity—you only notice it when it’s not working. Blockchain will have that degree of impact. At the end of the day, like the Cloud, and even the Internet, blockchain is here to stay.”