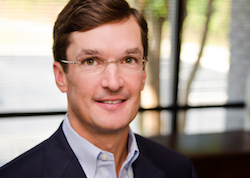 Former President and CEO Bill Smith III will transition to a new role within the organization, serving as a director and strategic advisor.

Without Wholesale Venues, Brands Reaching Out to Consumer

Social media, e-commerce and donations to those in need are various ways brands are trying to directly reach consumers in light of COVID-19 cancellations and closures.
Kim Overstreet
Mar 30th, 2020

At the CPA 2020 Annual Meeting, Bruce Bernstein, President of UBIX Processing, talks about the opportunities for CPGs and contract packagers in the growing CBD market.
Anne Marie Mohan
Mar 30th, 2020

The U.S. leads the world in pet food sales, says a new study from PMMI Business Intelligence, as pet owners around the world seek fresher, healthier and ethically produced ingredients—the same as they expect for themselves.
PMMI
Mar 30th, 2020

During World War II, Ford made tanks instead of cars and Maytag made plane parts instead of washing machines. With hand sanitizer being the small-arms munitions of today’s pandemic crisis, cosmetics and distilleries are joining the war effort.
Matt Reynolds
Mar 27th, 2020

Moves into new markets with equipment and software solutions that are complementary to current offerings
Morgan Smith
Mar 26th, 2020

Why Women are Under-Represented in the C-Suite

If companies with more women in leadership roles have greater innovation, increased productivity, higher employee satisfaction, and higher employee retention, why are there so few in the C suite?
Kim Overstreet
Mar 26th, 2020

Fighting Back Against Anti-Plastics Legislation

At the CPA Annual Meeting, FPA President Alison Keane shares how the organization is working to help shape legislation around plastic packaging, rather than just react to it.
Anne Marie Mohan
Mar 26th, 2020

A new study from PMMI Business Intelligence, “Trends and Drivers Impacting The Pet Food Industry,” reveals North America is the top market for pet food, with an annual growth rate of 4.5% in the next five years.
PMMI
Mar 24th, 2020

All Roads Lead to Delay in the Time of COVID-19

Land, sea or air – the supply chain is being hard hit by shortages, delays, rising costs and lack of workers due to the coronavirus.
Kim Overstreet
Mar 24th, 2020

Nominations open for Packaging and Processing Hall of Fame

Now's the time to nominate deserving candidates for the 2020 class of the Packaging & Processing Hall of Fame. Nominations will remain open through June 5, 2020.
Matt Reynolds
Mar 24th, 2020

Read what Jim Chrzan, VP of Content & Brand Strategy at PMMI Media Group, and Sean Riley, PMMI’s Senior Director of Media & Industry Communications, had to say about the state of sustainability during a lively conversation at the show earlier this month.
Kim Overstreet
Mar 23rd, 2020

A heatmap of the economic impact of the coronavirus on North American industries shows low exposure for food and beverage processing, and packaging, among others.
Anne Marie Mohan
Mar 23rd, 2020
More in Home

The COVID-19 Outbreak and Food Production

Special UnPACKED with PMMI podcast series provides an evolving look at how OEMs are forging ahead after employing proper caution.
Mar 20th, 2020

Retail-ready and flexible packaging demand is growing, and pouches and bags are expected to grow in milk packaging use.
Kim Overstreet
Mar 20th, 2020

Special UnPACKED with PMMI podcast series offers candid insight from a global OEM supplier on surviving in a world that changes from day to day.
Sean Riley
Mar 19th, 2020

PACK EXPO East: From the Floor

Is ensuring the safety and timely delivery of the U.S. food supply while protecting the health of USDA employees during the COVID-19 national emergency
Mar 18th, 2020

Winning a Gold Award for Shelf Impact as well as Silver for Expanding the Use of Flexible Packaging and another Silver for Packaging Excellence was the pre-made stand-up pouch for premium tomato sauces from Predilecta Alimentos Ltd of Brazil.
Pat Reynolds
Mar 18th, 2020