The company is paying $5.6 billion in cash for the remaining 85% of the line of sports performance and hydration beverages that’s on track for $1.4 billion in retail sales this year.

The Coca-Cola Company has acquired full ownership of Bodyarmor, a line of sports performance and hydration beverages. In 2018, Coca-Cola initially acquired a 15% stake in company, with a path to full ownership, based on a predetermined discount. Coca-Cola is paying $5.6 billion in cash for the remaining 85% of the company.

Bodyarmor will be managed as a separate business within Coca-Cola’s North America operating unit and will continue to be based in New York. Under a separate consulting and transition-services agreement, the executive leadership team, including Co-founder and Chairman Mike Repole and President Brent Hastie, have agreed to continue to work to maintain the brand’s successful momentum in the market.

Bodyarmor will continue to be distributed by the U.S. Coca-Cola bottling system. When Coca-Cola made its initial investment in 2018, Bodyarmor gained access to the Coca-Cola system, which enabled it to accelerate its growth to meet explosive consumer demand for premium sports and hydration beverages. Bodyarmor is currently the #2 sports drink in the category in measured retail channels, growing at about 50% to drive more than $1.4 billion in retail sales.

“Bodyarmor has been a great addition to the system lineup over the last three years, and the company has driven continuous innovation in hydration and health-and-wellness products,” says Alfredo Rivera, president of the North America operating unit of The Coca-Cola Company. “We’re excited to bring Bodyarmor into The Coca-Cola Company and work with Mike Repole and his leadership team on the next stage of growth.”

As part of the agreement, Coca-Cola and Repole will also collaborate on the company’s still beverages portfolio, including marketing, packaging, and innovation strategies across multiple brands. 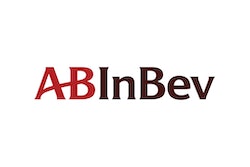