With both local and international cheese markets continuing to grow, Vepo Cheese upgraded all seven of its production lines at its Oudewater factory in the Netherlands. The cheesemaker also decided it needed a more fail-safe inspection solution integrated into those lines to help support the burgeoning production demands.

Turning to Fortress Technology, Vepo Cheese had several demands from the company’s metal detectors, according to Hugo van Put, Vepo’s technical operations manager. They needed to be tightly integrated with the production lines in order to provide a safer environment for workers; quality needed to be 100% guaranteed, with an automatic reject system; and Vepo wanted all seven lines to have identical metal detectors. 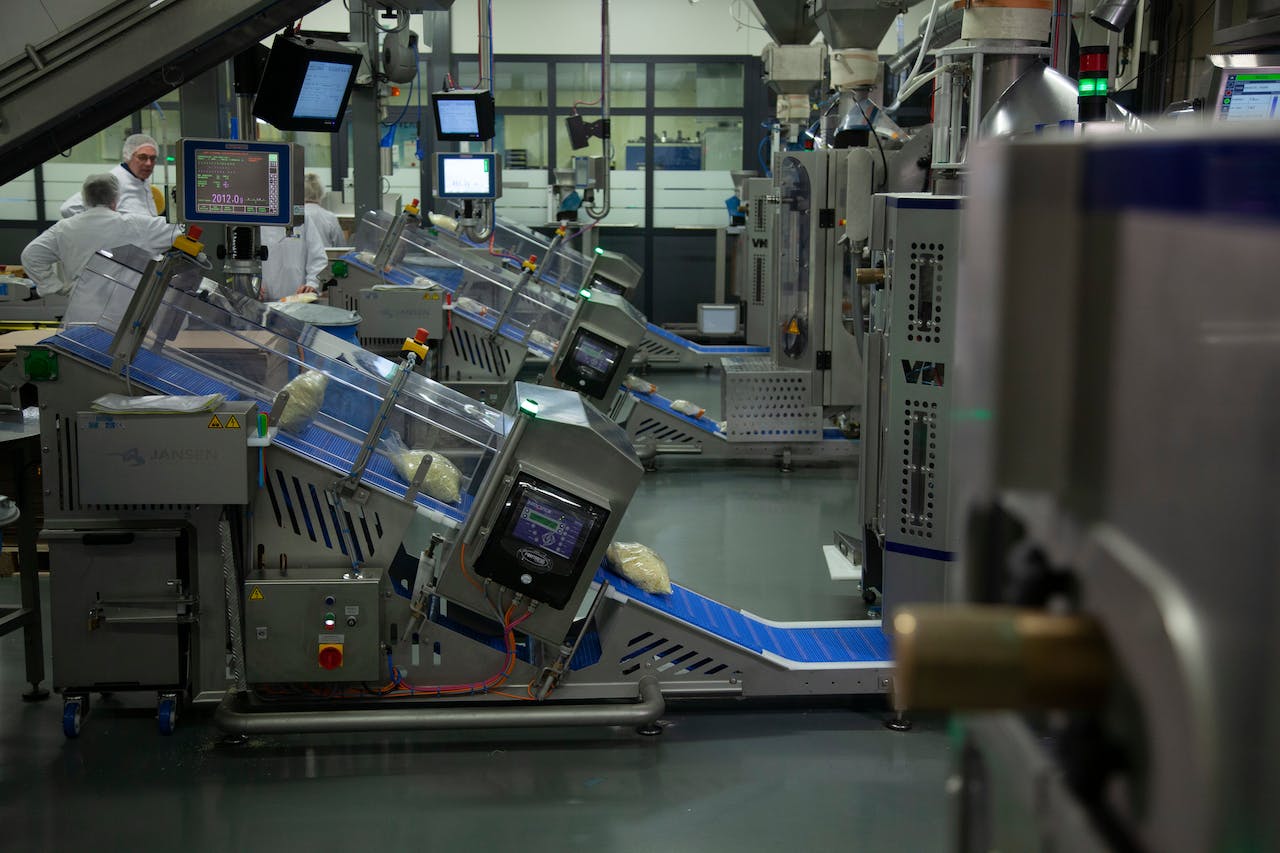 Upgrading all of its production lines with a new incline layout, Vepo Cheese added a Fortress Interceptor metal detector with each line.Vepo CheeseDutch machine builder and integrator Jansen Control Systems was tasked to design the compact incline conveyor systems, each tightly integrated with a vertical packaging machine, metal detector, and peripheral equipment. “They needed a metal detection system that connected perfectly to their existing vf/f/s [vertical form/fill/ seal] machine with the same footprint,” says Gerard Schuurman, managing director at Jansen Control Systems. “In addition, it had to meet the latest requirements, with all the necessary sensors.”

Vepo operators were familiar with the Fortress technology, van Put notes, and were impressed with its ease of use. Though first considering Fortress’s Stealth system, they ultimately discovered the increased sensitivity of the Fortress Interceptor metal detector and the advantages it could bring for cheese applications.

Jansen Control Systems, which specializes in food applications, has seen a call for increased inspection sensitivity in general. “Nowadays, our customers are looking more and more at how they can improve sensitivity—on the one hand because their customers demand it and on the other hand because they want to present themselves as best in class,” Schuurman says. 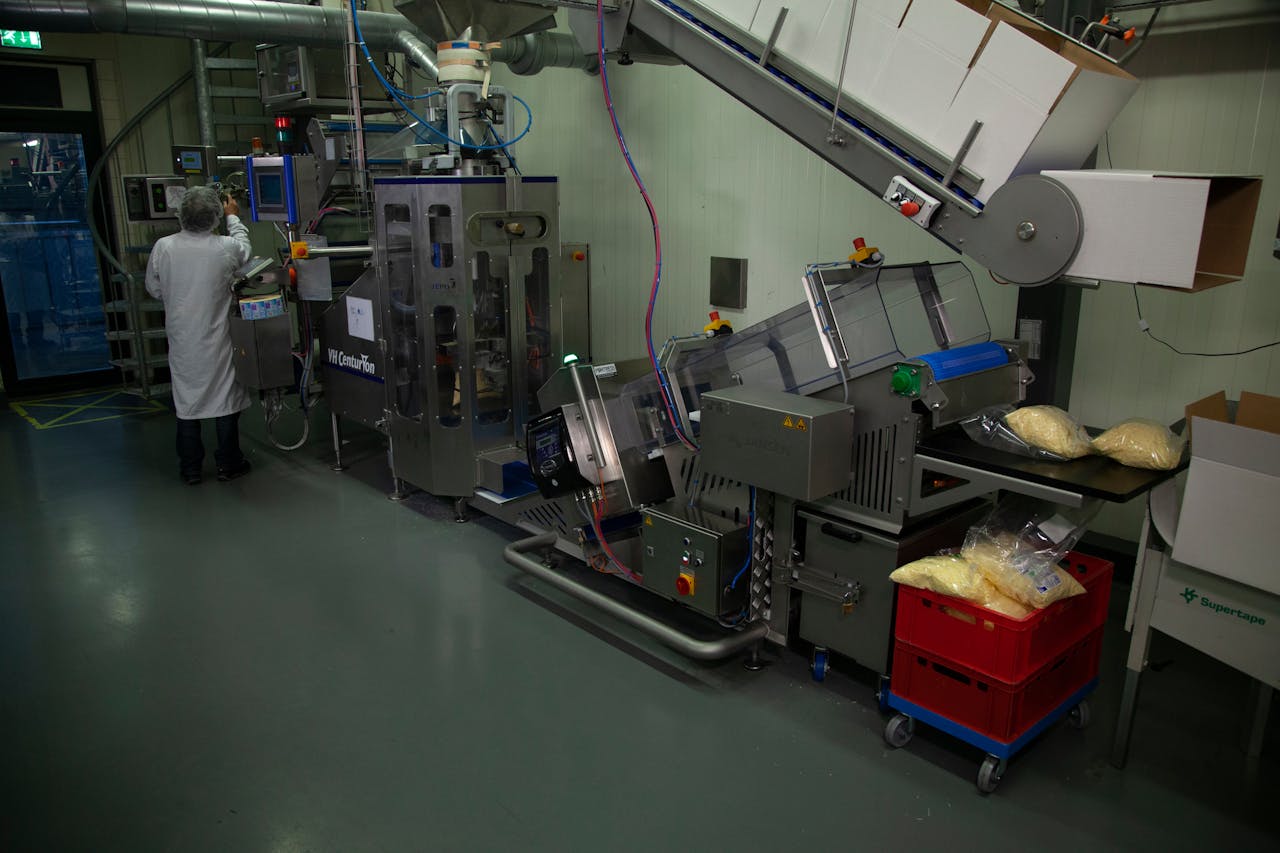 Jansen Control Systems designed each incline conveyor to be fully integrated with the Interceptor metal detector, vertical packing system, and peripheral equipment.Vepo CheeseBut that detection sensitivity is particularly important when it comes to producing cheese because its high conductivity and variety of forms make it one of the most challenging products for metal detection. “Inspecting wet products has for many years presented cheesemakers with several challenges. Due to the high moisture content, combined with minerals and salt, cheese—like metal—can be very conductive, resulting in a high level of product effect,” explains Eric Garr, regional sales manager for Fortress. “Also, in many cases, the product effect of cheese may lack a specific phase point as it moves through the aperture of a metal detector, adding to the challenge of overcoming the product effect.”

Wet product effects can drown out signals that metal detectors are trying to detect—in particular, those caused by a stainless-steel contaminant. The Interceptor overcomes that tendency through software algorithms that distinguish between indicators specific to the product and those that flag anomalies. By singling out low-frequency signals, the Interceptor leaves the alert from stainless steel more readily identifiable in the higher-frequency range. The result of separating these two readings is that any genuine contamination from metal is not swamped by product effect.

False-positive rejects have also fallen since the systems were implemented, according to van Put. “Fortress metal detectors are really sensitive. This helps us to feel confident that the risks of contaminants are minimal, with less chance of a food safety issue,” he says. “Having the double readings within the Interceptor system also lowers the risk of false-positive rejects, which saves on food waste.”

Though Vepo Cheese products come in a variety of forms and packages, the Oudewater facility produces only shredded cheese in pillow packs. The plant produces several types of cheeses, however, and van Put says that the Fortress system makes changeovers quick and easy through the HMI software.

This is important, Schuurman notes, because each cheese has its own characteristics that could affect the sensitivity of the detector. “With the difference in product, they want to use programs as little as possible,” he adds. “A metal detector that helps them with this is a godsend.”

Before the upgrade of the lines, Vepo Cheese was working with four different metal detector brands at the Oudewater facility, according to van Put. It was important to him and his team to have all seven metal detectors on the new lines be identical. It means fewer spare parts, easier maintainenance, and easier repairs. “When you know one system, you know them all. When you have a failure, it’s easy to find it because you have seven of the same systems,” van Put explains. “For the operator, it’s easy—when you’re standing, for example, at line 1 and the next day at line 5, it’s the same operation, the same look and feel.” 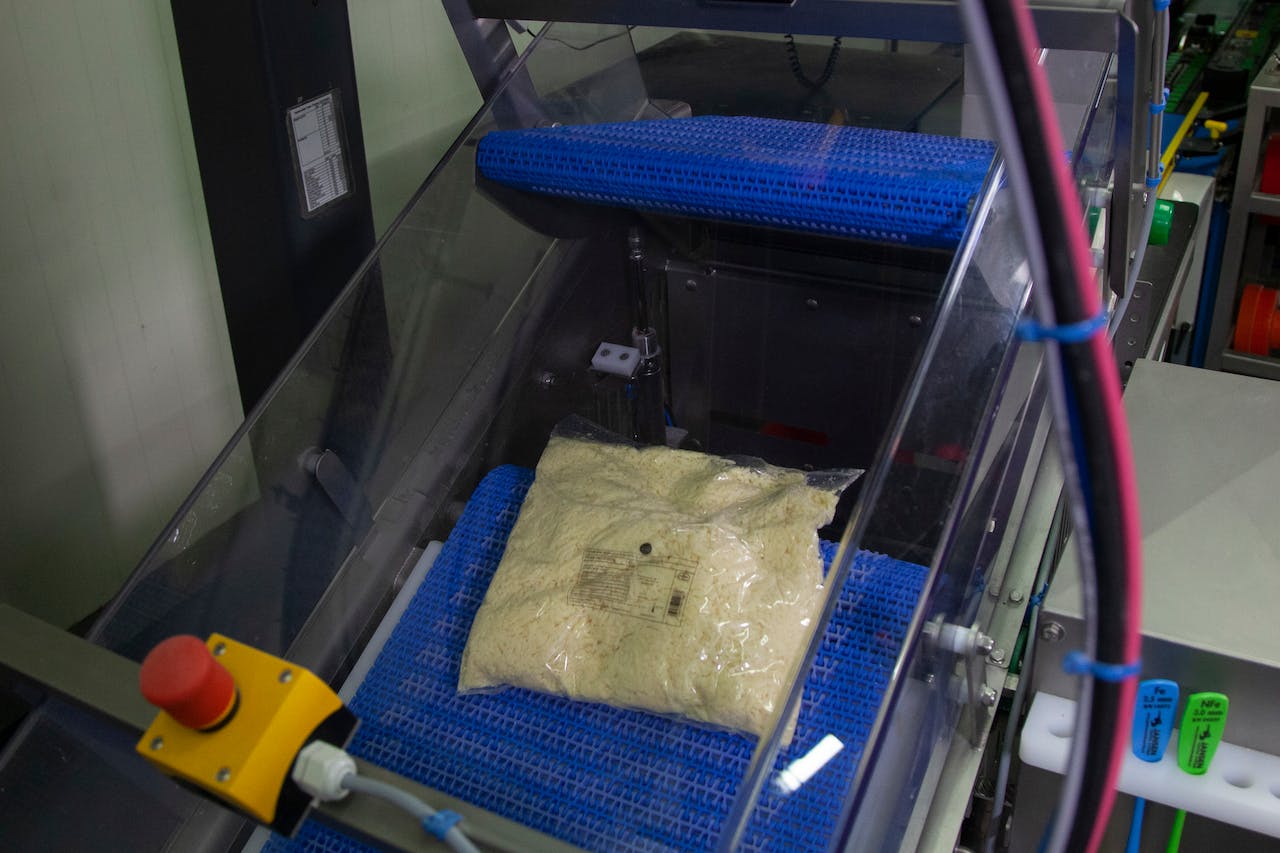 More important, though, is the safety aspect of knowing that any packages with issues are guaranteed to be taken out of production, van Put notes. “The automated reject system gives us 100% control over production. There’s less human involvement, therefore less risk of human error,” he says. “This also lowers the risk of a metal contaminant slipping through the safety net.”

Processing transparency was also important to the cheesemaker. Vepo’s previous inspection systems, coming from different manufacturers, did not work on a central network, van Put notes, so they were not able to share the data from test results. “All the people were writing down those results on paper,” he explains. “And when you have a lot of paper, it’s very difficult to make the root-cause analysis afterwards when you have a problem.”

On the new lines, each metal detector features Contact Reporter software. Data from each packaging line is collated in a universal collection system, enabling quality assurance and production managers to monitor processing and inspection performance from a centralized location. This automated record keeper developed by Fortress also helps the factory to keep track of and record data for rejects, tests, and process settings.

The installation, which went live in August 2019, took only half a day through careful planning with Jansen Controls, van Put comments. “We are extremely satisfied with the innovation and level of industry knowledge and support that Jansen and Fortress deliver between them,” he says. “The two teams understand exactly where we are coming from in terms of balancing product quality and enhancing operational productivity.”