Hiperbaric teamed up with Petainer, putting its One Way PET Keg under pressure to enable the cold-pressed juice market to take advantage of keg dispensing.

Petainer’s One Way PET keg is already somewhat of a game changer in its own right. Originally aimed at the beer market, it reduces the logistical complexity and cost of steel kegs—which must be washed, sanitized, and purged with gas, and then sent back to the supplier once emptied. Petainer’s keg, made from polyethylene terephthalate (PET), is already cleaned, sanitized, and purged with gas. And, as its name implies, it goes only one way—to the customer. Once emptied, it gets recycled rather than going back to the supplier. Then the next PET kegs arrive similarly prepped for use. 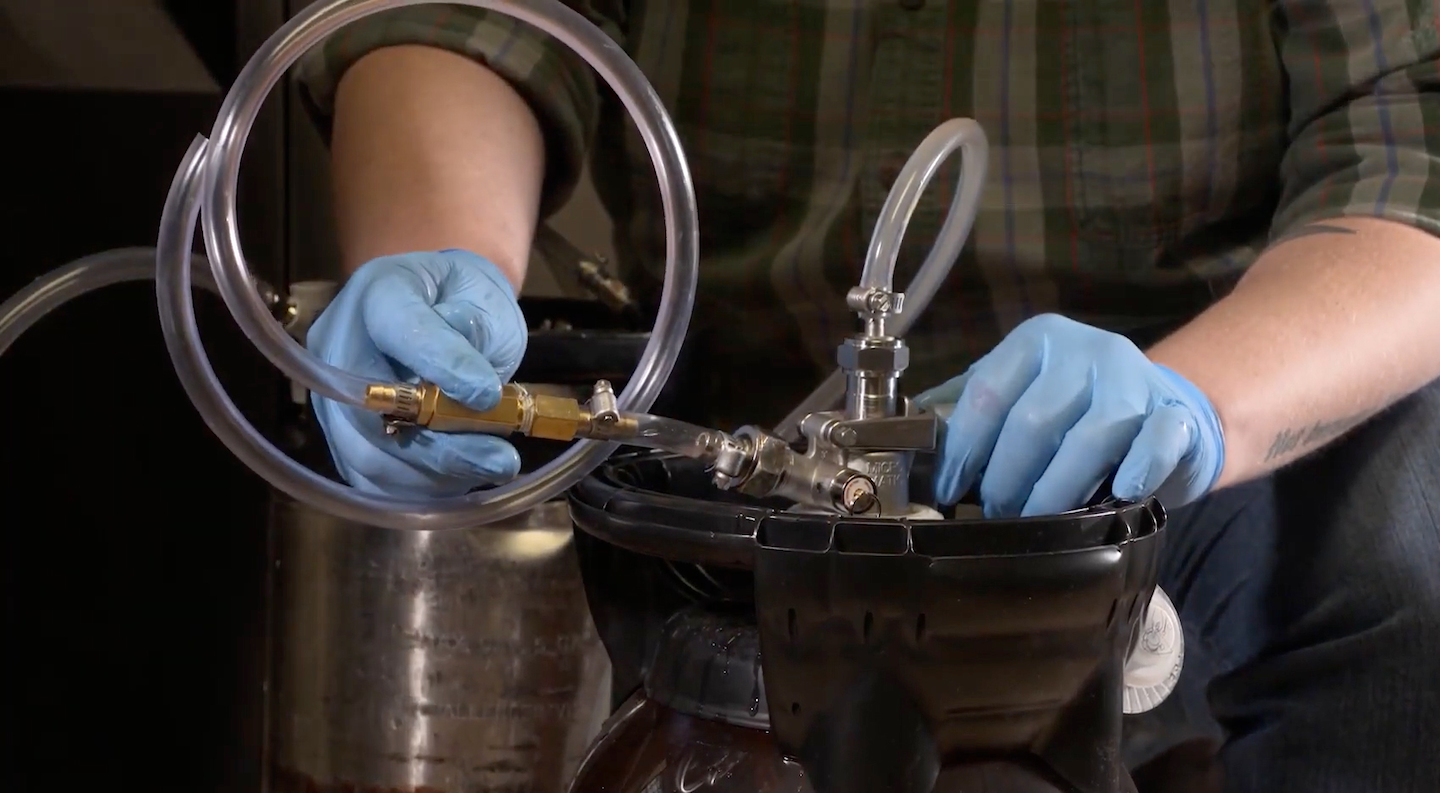 The One Way PET Keg uses the same fittings and valves as standard steel kegs.Photo courtesy of Hiperbaric“The product actually arrives at the brewery, or whoever is going to fill the keg, already sanitized, already clean, and already purged with gas, so there’s no oxygen in it,” says Andy Brewer, Petainer’s director of technical services for North America. “So the brewery…all they have to do is fill the keg with the product. The keg then goes out to trade where it is dispensed. And once it is finished with dispensing, the keg is depressurized, and then crushed, and then put in the recycle bin.” The PET Keg uses the same types of fittings and valves as a standard steel keg, he adds, making operation standard.

Fast forward to Petainer’s work with Hiperbaric, a leader in high pressure processing (HPP) technology, and the packaging has become even more of a game changer—in markets well beyond beer. Petainer has long been known for putting alternative beverages in its packaging to bring the benefits of draft dispense to multiple markets, including carbonated drinks, water products, juices, cold brew coffee, kombucha, cider, wine, and spirits.

The cold-pressed juice market showed interest in the capabilities of the One Way PET Keg, but that interest came with some unique challenges. As an unpasteurized product, the juice has a much shorter shelf life. Although Petainer’s keg has a 12-month shelf life for oxygen purposes, that shelf life does not apply when live organisms in the juice itself corrupt the beverage. To rectify this situation, Petainer needed to partner with Hiperbaric and its HPP technology, thereby increasing shelf life of the juice to months rather than days.

“Anything with alcohol in it obviously has a good shelf life because the alcohol is a preservative,” Brewer notes. “But with juices, there are a lot of sugars involved. So HPP has really been a benefit for that market.”

Unlike pasteurization, HPP provides non-thermal preservation of food and beverage products, using high pressure to inactivate foodborne pathogens. “With juices, there are various ways that you can pasteurize, but HPP is the only one that uses no heat,” Brewer comments. “If you put heat onto the product, you’re going to start changing the product—especially with juice because there’s high amounts of sugars in there, so you’re going to sort of caramelize it quite a bit.”

HPP, on the other hand, does not change the taste of the juice in any way. “HPP maintains freshness, nutrients, and flavor like freshly squeezed, non-processed juice,” says Carole Tonello Samson, commercial applications director for Hiperbaric. “It also provides shelf-life extension and pathogen inactivation.” 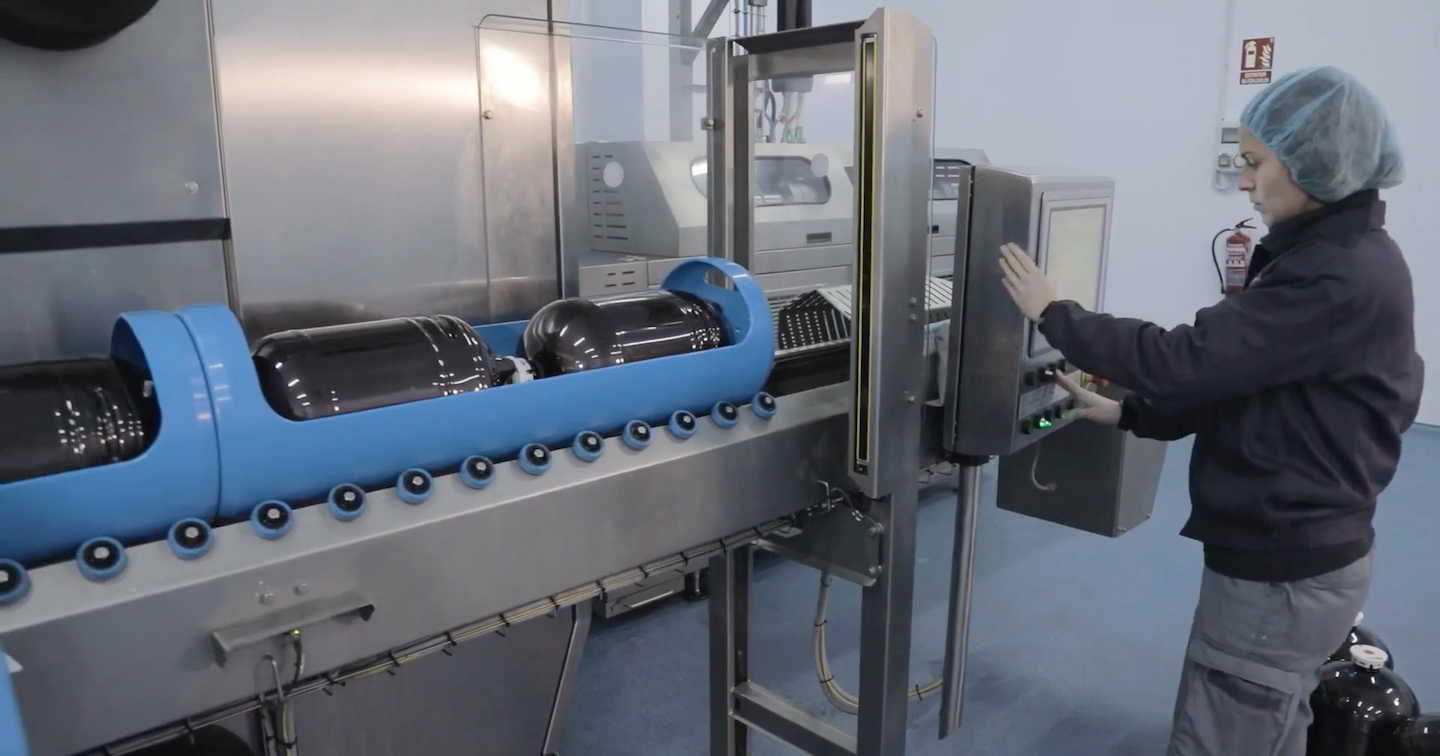 The cylindrical shape of the PET kegs adapts well to the processing chamber of the Hiperbaric HPP in-pack units.Photo courtesy of HiperbaricThe process begins by the juice being cold-pressed and then filled into the sterile Petainer Keg that has been purged of oxygen. The keg then goes through the HPP process—pressurized up to 80,000 psi to inactivate spoilage microorganisms and foodborne pathogens, such as salmonella, E. coli and listeria.

The keg is then taken to a location such as a juice bar, grocery store or café to be dispensed using nitrogen in the same way that wine is dispensed. The use of nitrogen enables the juice to maintain its shelf life in the keg, even if it’s dispensed over a period of one to two weeks.

“For juice bars, the Petainer and Hiperbaric technology is a solution delivering safe and premium-quality products conveniently. HPP juices bring the same quality as freshly squeezed but without manual labor for peeling, squeezing, and cleaning,” Samson says. “Kegs are much more suited to bars than HPP small juice bottles because they can deliver the exact quantity required for the customer beverage.”

The keg format has become more popular in grocery stores as well, according to Brewer. “What we’re finding with cold brew coffee, juices, and with kombucha is that people are looking for some form of recyclability. So they’re looking at growlers,” he says. “People will take the growler into the supermarket, go to a tap, and fill the growler with the product they want, cap it, and then pay for the product. They will then wash the growler themselves and bring it back for reuse.”

The cylindrical shape of the kegs adapts nicely to the processing chamber of the Hiperbaric HPP in-pack units, optimizing the filling ratio and the productivity of the system. In addition, the Petainer kegs and fittings are made of 100% recyclable materials and reduce the CO₂ footprint, becoming a more sustainable solution.

Though there is often pushback from consumers on the use of plastics, Brewer points to the benefits of the PET kegs. “PET is probably the most recyclable plastic there is. The kegs themselves arrive with about 40% recycled material in them already. So they can be recycled,” he says. “And the amount of material that is used for a keg is much lower, per volume, than it would be for a bottle.”

Brewer also argues the benefits of using a plastic keg once vs. using a steel keg repeatedly. “A steel keg will require washing with hot water up to 170 °F. It’s at least 3 or 4 gallons of water that’s needed for that, and you’ve got to take that water from ambient up to that temperature,” he points out. “You also have to use detergents; you also have to use acids. So there’s a lot of energy involved in actually washing a keg.”

Petainer has had to make relatively minimal changes to its kegs in order to make them withstand the conditions of HPP, according to Brewer. “You have a fitting or a valve on the keg that has to be opened so that you can dispense and so you can put the product in. The problem would be that if you just put the keg straight into the Hiperbaric pressure chambers, the pressure would open that valve,” he explains. “We needed a way of blocking that off, so we designed a plug that basically goes onto the valve, similar to how a coupler would go on, and it seals it off. So even though pressure may build up, there’s no way that pressure gets to the valve.” 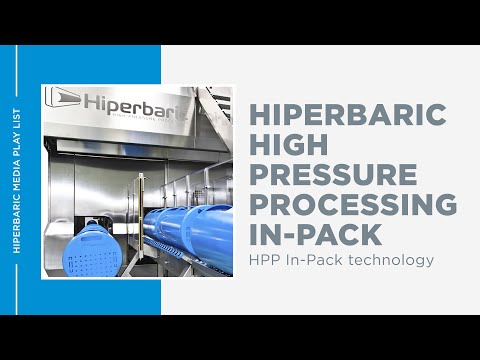 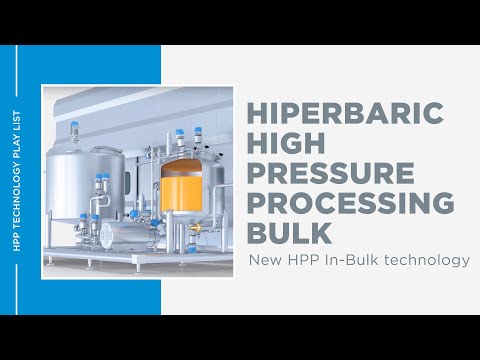 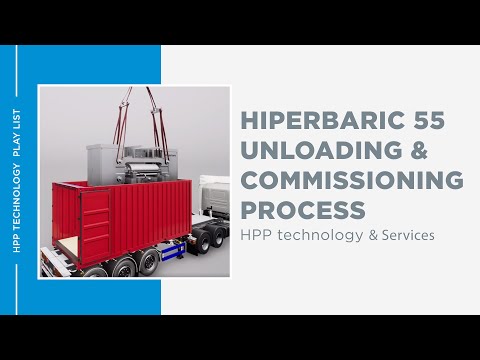 Can be used for the clean depositing of relatively viscous-to-liquid products
Unifiller Systems Inc.
Sep 26th, 2021
More in Process Equipment

Cuber Increases Capacity and Ease of Use