Seventy-eight percent of retailers have a favorable view of HPP, and 85 percent said the method of processing used by a food producer positively affects their decision to purchase a food and beverage product. 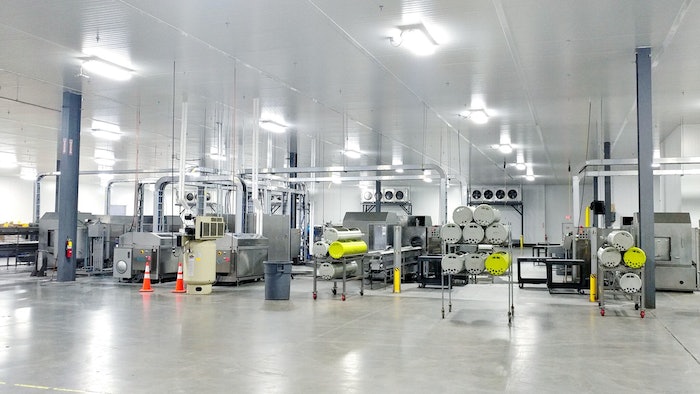 As demand for fresh food grows, more retailers are stocking their shelves with foods and beverages that have been high pressure processed (HPP) to help ensure food safety, food quality, and eliminate food waste, according to a survey commissioned by Universal Pure.

A growing number of producers and retailers are more familiar with HPP, increasing from 60 percent in 2016’s survey to 77 percent (producers) and 74 percent (retailers) last year. Both groups see its benefit for eliminating pathogens, allowing cleaner food labels, enhancing taste and extending shelf life, according to the survey.

Seventy-eight percent of retailers have a favorable view of HPP, and 85 percent said the method of processing used by a food producer positively affects their decision to purchase a food and beverage product.

Other survey findings include:

High pressure processing technologywill be the subject of the Cold Pressure Council Annual Conference to be held June 18-20, 2018 near O'Hare airport. Register here.

Has a rail system that simplifies its removal
Schenck Process
Sep 26th, 2021

Piston Pump Is Engineered for Durability, Reliability, and Efficiency

Aeration Device Operates in a Variety of Pump Configurations

Can be combined with a variety of Gorman-Rupp pumps
Gorman-Rupp Pumps
Aug 4th, 2021

Batch Controller Is Low Cost and Easy to Use

Valve can be quickly disassembled and reassembled
Carolina Conveying
May 18th, 2021

Spicing up the Packaging of Sauces Having Varied Viscosities

When demand outstrips food packaging capacity, new equipment is the best solution. But when product viscosities vary and flavors are superb, not just any machinery will do.
Pat Reynolds
Apr 29th, 2021

The drum motor has all drive components—electric motor, gear reducer, bearings—housed inside the drum, providing a safer, more sanitary design, and is capable of communicating with central plant control or other plant equipment.
Joyce Fassl
Dec 22nd, 2020
More in Pumps / Valves / Motors / Drives

How to Select the Optimal Valve for Beverage Processing

Controlling the temperature during heating and cooling in beverage processing plays a critical role in pasteurization, sterilization, cooking, fermentation and many other beverage applications. The proper valve can precisely control your process.
Joyce Fassl
Nov 2nd, 2020