Study examines the future of liquid paperboard packaging to 2022

Significant growth is expected, with liquid paperboard packaging for dairy products, including alternative-milk beverages, leading the market, followed by packaging for juice. 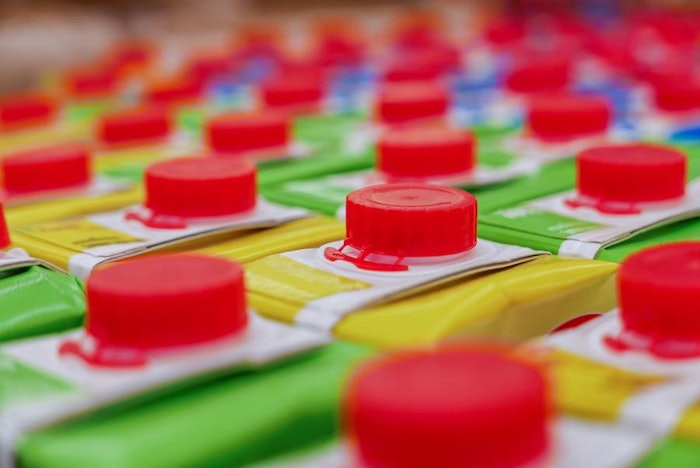 There will be steady increases in demand for paperboard materials for liquid products across the next five years.

There will be steady increases in demand for paperboard materials for liquid products across the next five years, according to the latest industry study from Smithers Pira. Data published in “The Future of Liquid Paperboard to 2022” shows production of liquid packaging board (LPB) and food/cupstock (FCS) boards combined passed the 7.7 million ton mark in 2015. This has grown by over 3% annually on average since 2012. Reaching 8 million tons in 2016, this segment of the packaging market was worth $9.5 billion to the paper mills.

Production of liquid paperboard materials is highly concentrated, says Smithers, especially liquid packaging board, which is produced in only 10 countries around the world. Consumption of converted board products is spread across all global regions; however, in contrast to some other packaging segments, three-quarters of all converted LPB is still used in the Americas and Europe, with Asia holding only a moderate 17% market share in 2016.

Demand for liquid paperboard is heavily dependent on a few segments, although there is scope to expand into new areas, says the study. In 2016, more than 70% of LPB consumption occurred in the dairy industry, with juice packaging accounting for a further 20% plus.

Stephen Harrod, author of the report, says, “Consumption of dairy products has slowed in Western Europe, but Eastern Europe has enjoyed rapid growth in demand, sustaining volume demand for liquid paperboard. Globally, however, the industry is seeing growing competition from ‘alt-milk’ products, such as nut-based ‘milks.’ However, these products may actually stimulate demand for LPB, as they open up new niche markets. LPB consumption will be maintained over the medium term, assisted by the healthy eating trend, together with growing consumption patterns in the emerging markets.”

In spite of increasing competition from other alternative beverages, including ready-to-drink tea and coffee, energy drinks and the like—especially among younger consumers—demand for LPB in the dairy industry will see continued good growth, with nearly 440,000 tons of additional LPB materials needed to meet demand growth between 2017 and 2022.

An overall trend across the packaging industry is to minimize the environmental impact of packaging, which is stimulating both technical innovations and new business models across the value chain. This interest includes consumers, brand owners, converters, and regulators and spans a number of different means to realize the goal of furthering the use of sustainable, recyclable, and compostable packaging into the mainstream.

Marketing to more environmentally aware consumers will increasingly be an important differentiator for packaging suppliers and Fast Moving Consumer Goods brand owners in the future. This is driving the development of more sustainable LBP products such as Tetra Pak’s Tetra Rex Bio-based, Tetra Brik Aseptic 1000 Edge with Bio-based LightCap 30, and the Tetra Top carton bottle, as well as the Combidome low-acid carton bottle from SIG Combibloc and Elopak’s Pure-Pak Sense Aseptic carton.