Keurig Dr Pepper CEO Out Due to Conduct Violations

Keurig Dr Pepper has announced CEO Ozan Dokmecioglu has resigned for what the company says was “violations of the company’s code of conduct.” He also stepped down from the company’s board of directors. Bob Gamgort, the company’s current executive chairman and former CEO, has been reappointed to his former job, and will continue as chairman.

The violation itself was not revealed. However, the company stated it was “unrelated to strategy, operations, or financial reporting.” Dokmecioglu became the CEO of KDP this July. He previously served as the company’s CFO, helping ​JAB Holding take Keurig Green Mountain private in 2016 and oversaw the 2018 merger with Dr Pepper Snapple. Still, it was time for him to go.

“Keurig Dr Pepper’s code of conduct is built on a foundation of ethics, integrity, and personal responsibility. Every employee, without exception, is accountable for knowing and following the code,” said Paul S. Michaels, lead director of the KDP board.

During Bob Gamgort’s previous stint as CEO of the company, KDP became one of the largest food and beverage companies in the United States, with inclusion in the S&P 500 and Nasdaq 100. Prior to the formation of KDP, Gamgort was the CEO of Keurig Green Mountain, following its take-private transaction in 2016.

“Bob’s vision and leadership have driven KDP’s success as a modern beverage company to date, and the board is grateful for his willingness to return as CEO,” said Michaels.

“KDP has a deep and talented executive team,” added Gamgort. “I look forward to continuing to work with the leadership team and the board in the role I held less than four months ago.” 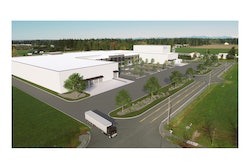