To keep up with skyrocketing demand for its collagen powders, Vital Proteins turned to Spee-Dee Packaging Machinery and its rotary filler. It boosted production from 20 to 100 plastic canisters a minute, also improving safety and ease of operation. 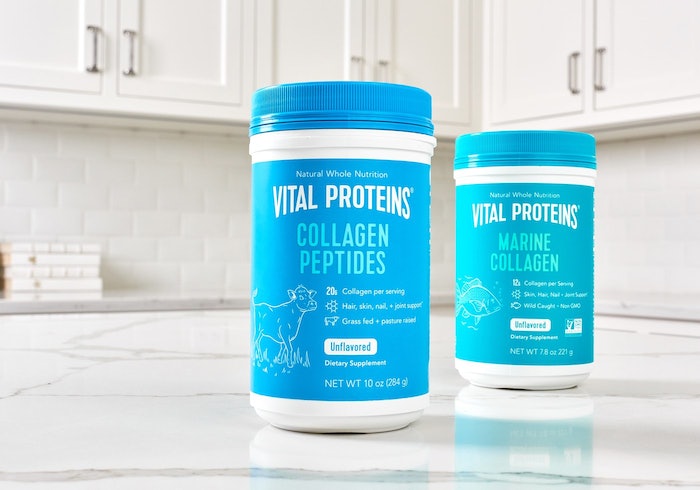 If you are a man, there’s a good chance you don’t know much if anything about collagen powders. But the women in your life probably do—80% of the collagen powder customers at Vital Proteins are women. As more people learn about the benefits of collagen powders—improved skin health, bone and joint health, digestion, and more—the market has been taking off. Vital Proteins launched its first collagen powder in 2012. With growth accelerating considerably since 2017, the company is in a good position to grab its share of a collagen market that’s expected to pass $6.5 billion by 2025. 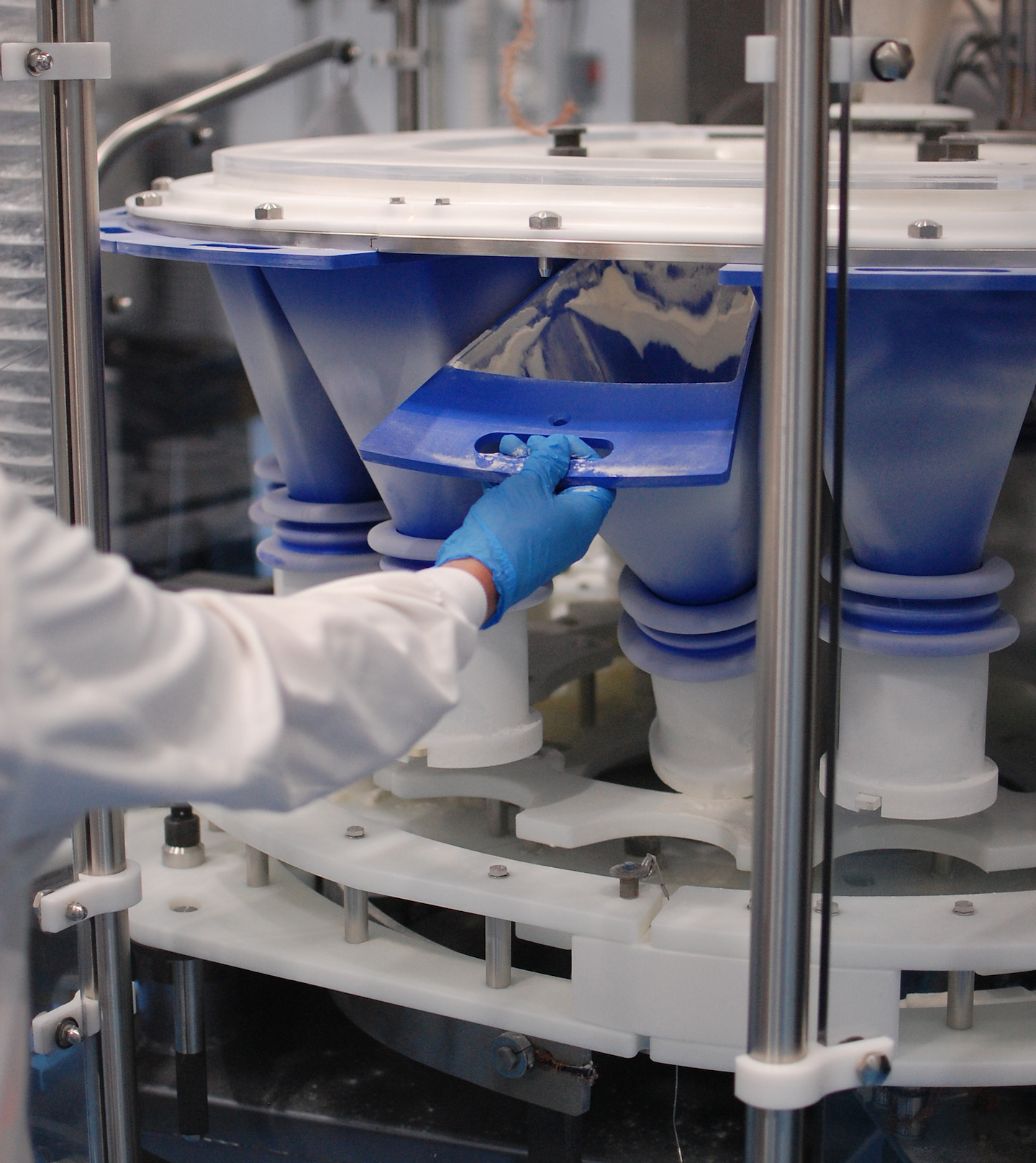 Filling funnels attach to the turret with embedded magnets, enabling faster changeovers of Vital Proteins’ various container sizes.Spee-Dee Packaging MachineryIt’s not too much of a surprise, then, that Vital Proteins found it impossible to keep up with customer orders with its one single-head filler in a 25,000 sq ft facility. The equipment was averaging 20 rigid plastic containers per minute, which wasn’t enough to meet the growing demand. Outgrowing its facility in 2017, Chicago-based Vital Proteins not only moved to a new 180,000 sq ft facility but also brought in a rotary filler from Spee-Dee Packaging Machinery to increase capacity of its fully automated powder packaging line.

Scott Springer was brought on in 2017 as vice president of operations in part to build out the new state-of-the-art manufacturing facility. Although it made sense for the company to start small, spending significantly less money for a low-speed line that would run one shift, producing 20 cans a minute, he could immediately see the writing on the wall.

“Even when I started, the plan wasn’t to put in a rotary; the plan was to put in a dual-head filler, which was only twice as fast. But that’s not fast enough, if we’re going to grow this fast—and I saw it in the first month or two months I was there,” Springer says. “Like the first month I was there, in September of 2017, the single-head filler got up to two eight-hour shifts. By the end of the month, I put them on 10-hour shifts, so we were doing 20-hour days. By the end of October, I had them on six days a week. By the end of November, that line was maxed out and we were starting to co-manufacture some of the stuff at other plants because we couldn’t make it fast enough for how quick we were growing and selling.”

Ultimately, to bring production fully in-house for its 13 powder collagen products—where the producer could better control costs and quality and could pivot quicker as new demands arose—Vital Proteins opted to add Spee-Dee’s rotary filler. Though driven largely by its speed—the rotary filler can fill 100 cans a minute—it’s also easy to clean, easy to change over, easy to control, and more reliable, Springer notes. 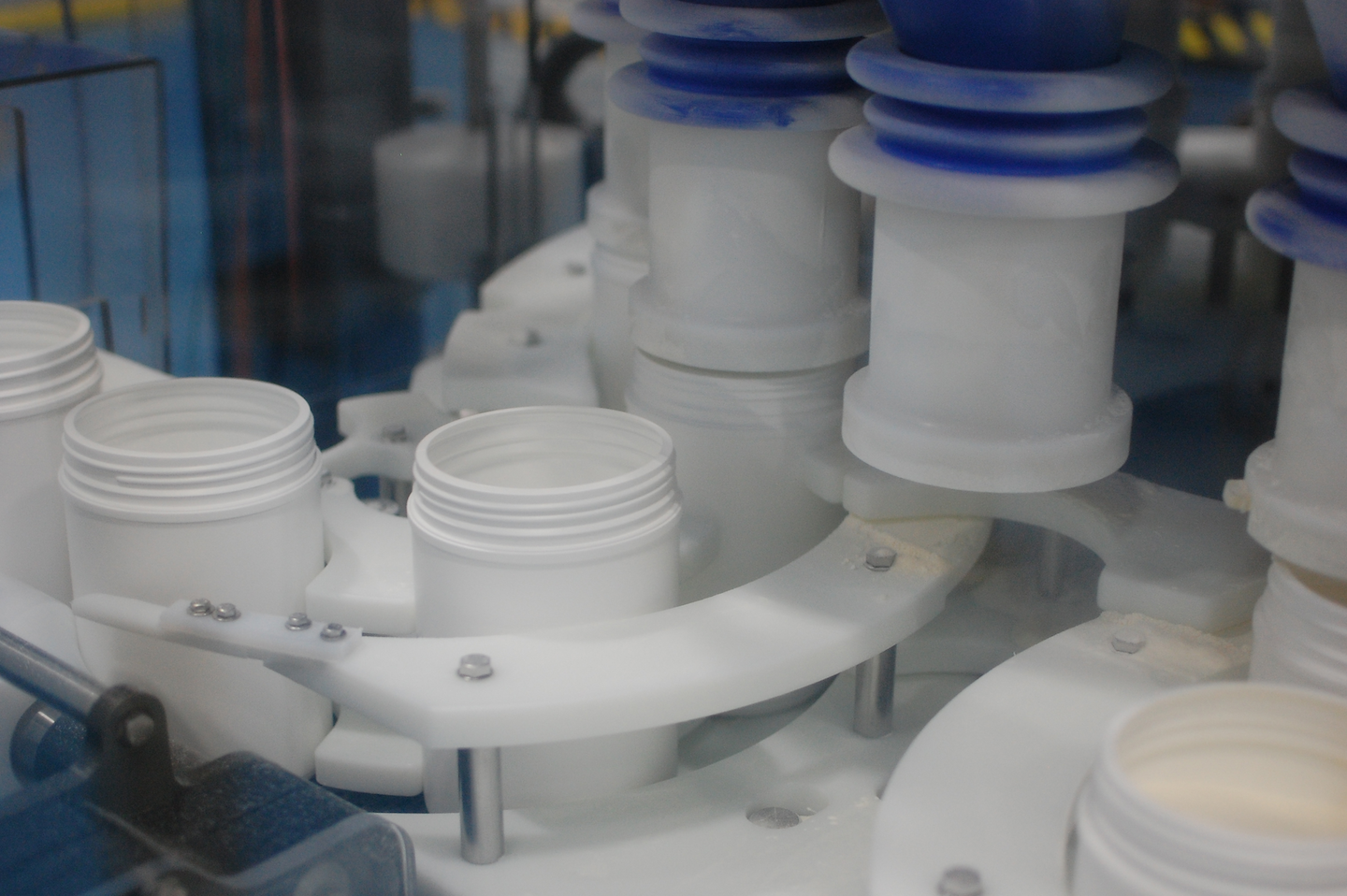 Though the single-head line makes for faster changeovers simply because it’s smaller equipment, Springer was attracted to the Spee-Dee rotary filler in large part because of its changeover ease. “One of the reasons I like Spee-Dee vs. their competitors was it was so easy to change over that machine compared to other machines we looked at,” he says. “They’ve got these cups which fill these cans; they’re just held on by magnets so you can literally just pop them off by hand, so you don’t have to unscrew stuff. The whole changeover on the line is a tool-less changeover, so they’re hand knobs and magnets. You could probably change over the whole line in 15 minutes to 30 minutes with one person.” 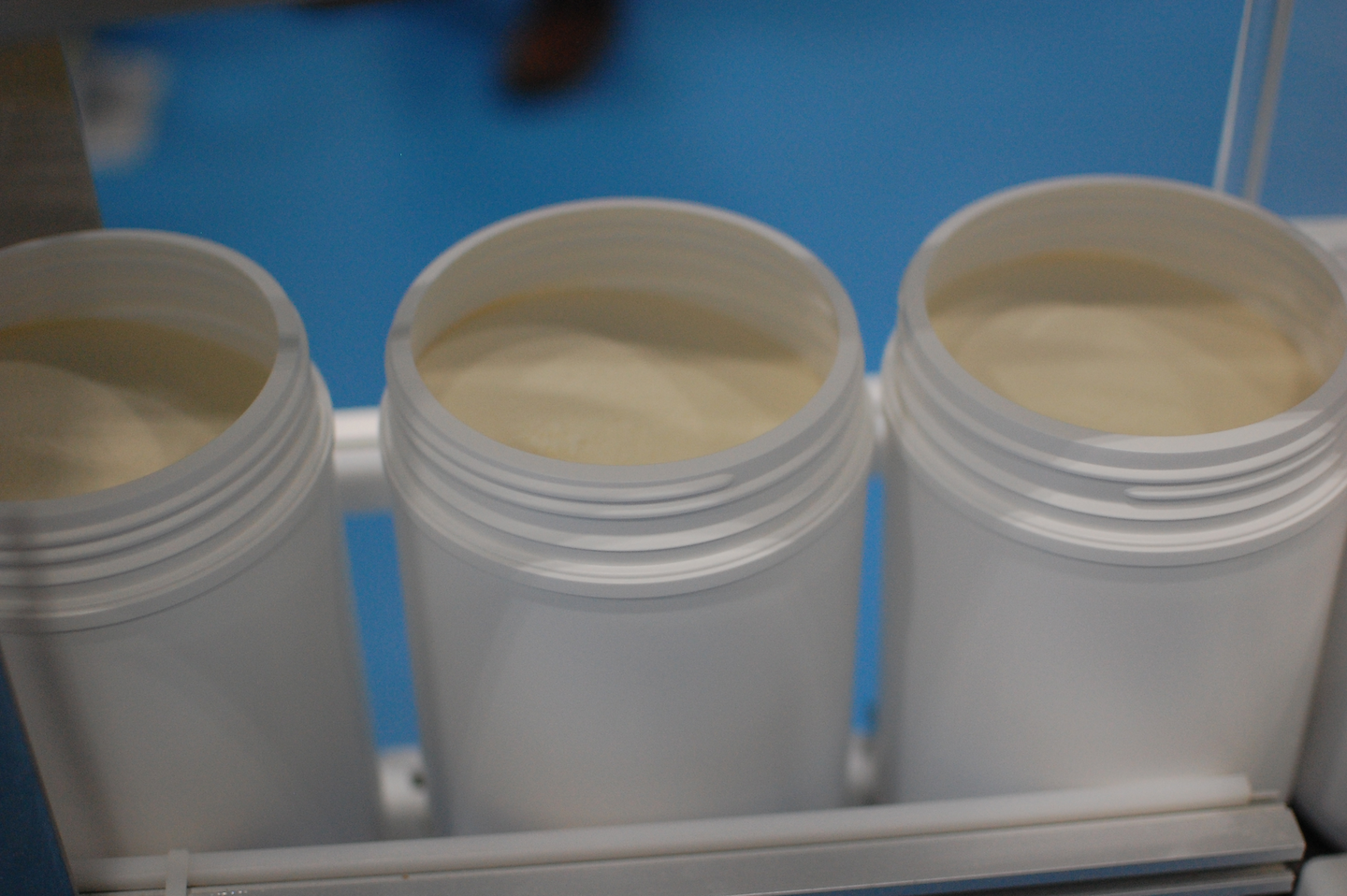 Vital Proteins container weights range from 5 to 400 oz. The rotary filler can run four different sized containers.Spee-Dee Packaging MachineryOpen access to the base, drive system, and change parts not only make changeovers easier but also make cleaning and maintenance easier and faster. With the servo drives, all setup can be done electronically.

As its sales continue to grow, Vital Proteins plans to expand operations to other parts of the world, Springer says. Though it will likely start any new production facility off with a slower line, he notes, the expectation is that the company will expand its use of rotary fillers throughout its operations in much the same way as it has at its home plant in Franklin Park, Ill.

Adding the authentic product portfolio, with a strong market position in the healthier snacks segment, will allow Ferrero to fulfill the evolving needs and trends of consumers.
Morgan Smith
Dec 17th, 2020

The transaction strengthens the Utz’s national footprint and moves the company into the #3 position in the retail sales tortilla chip sub-category.
Morgan Smith
Dec 16th, 2020