People in the News: New TreeHouse president and more

TreeHouse Foods, Inc., a manufacturer of packaged foods and beverages with more than 50 manufacturing facilities across the US, Canada and Italy, focuses primarily on private-label products for retail grocery and food-away-from-home customers. It manufactures shelf-stable, refrigerated, frozen and fresh products; meals; retail bakery; condiments; and healthy snacks. Dennis F. Riordan, currently the president of TreeHouse, is retiring, but he will remain with the company as a senior advisor to facilitate the transition of his responsibilities.

Judd Wallenbrock will be begin to serve as the president and CEO, and become a member of the board of directors, of C. Mondavi & Family on June 19. Wallenbrock has 35 years of leadership and executive experience in the wine industry with brands such as De Loach Vineyards, Jessup Cellars, Michel-Schlumberger and Robert Mondavi. He also is the founder of Brand-Aid Wine Consulting.

Prior to accepting the position with the institute, she was the senior director of tax policy at the NAM and held influential leadership roles at the Telecommunications Industry Association, 3M, the U.S. Senate and the U.S. House of Representatives.

Industrial control systems cybersecurity expert Marty Edwards has been named the managing director of the Automation Federation. A 25-year industry veteran, Edwards is currently the director of the Industrial Control Systems Cyber Emergency Response Team, an operational division of the National Cybersecurity and Communications Integration Center in the Department of Homeland Security. Previously, he was a program manager at the Idaho National Laboratory, where he focused on control systems security work. He also has held a variety of roles in the instrumentation and automation fields.

The umbrella and outreach association of the International Society of Automation—the developer of the world’s only consensus-based series of industrial cybersecurity standards (ISA/IEC 62443)—the Automation Federation works with government and industrial leaders to mitigate IACS security vulnerabilities.

Weber Packaging Solutions has announced the promotion of Tom Michalsen, a 36-year veteran of the company, to the position of vice president of marketing. He began his long tenure with Weber as a media products manager and, for the last nine years, has served as the director of marketing.

NSF International is a global independent organization that writes standards, and tests and certifies products for the food, water and consumer goods industries to minimize adverse health effects and protect the environment. Founded in 1944, NSF is committed to protecting human health and safety worldwide. 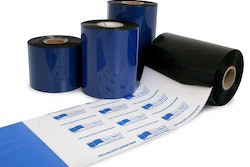 Thermal-transfer ribbons use a lower heat setting for print heads 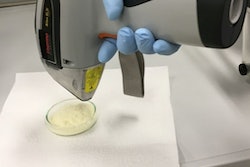 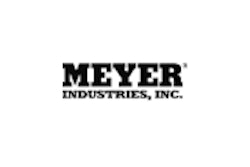