Industry veteran Antoine de Saint-Affrique will succeed the joint interim leadership of Véronique Penchienati-Bosetta and Shane Grant, and will be proposed as a new member of the board next year.

Gilles Schnepp, chairman of Danone’s board of directors says, “As a board, we have delivered on our promise to search and find swiftly the best person to lead Danone through the next phase of our evolution. This marks a new chapter of leadership and a continuation of how we, as a board, have been transitioning governance at the company for a few weeks already. We unanimously agree that Antoine de Saint-Affrique is a standout leader in the consumer goods world. He has a distinguished track record of innovation and delivery. Importantly, he brings the right blend of strategic vision, international consumer goods experience, and operational execution skills to Danone.

“The board is confident that Antoine, together with the rest of the leadership team, will deliver sustainable value for shareholders, and all our stakeholders. Antoine’s proven ability to successfully deliver a purpose-led growth strategy in a sustainable way fits well with our mission and long-term goals. He will have all the room and resources a CEO can have to best assess and direct Danone’s strategy for the future. In welcoming him, I would also like to thank Veronique and Shane, on behalf of the board, for their diligence and support in the joint interim leadership of the company they will hold until September 15.” 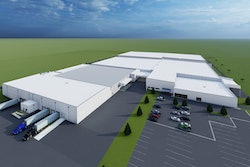