Simon Cox, current CEO and Europe president, is retiring at the end of the year after more than three decades in the beer industry, including 16 years with Molson Coors. 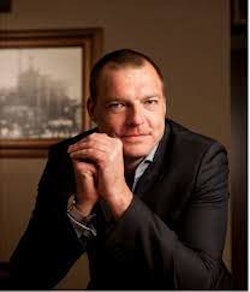 Molson Coors has announced Sergey Yeskov, the company’s current managing director of Central and Eastern Europe, will become the president and CEO of Molson Coors European business unit on January 1, 2022.

A native of Ukraine, Yeskov has held senior leadership positions for Molson Coors throughout the world—delivering impressive business results and building a strong reputation for his people-first approach. Prior to serving as managing director of CEE, he served as the president and CEO of Molson Coors International, overseeing operations in India, Africa, Latin America, Japan, and other markets throughout the world. He also served as chief sales and commercial officer in Molson Coors Canada. Prior to that, he led Molson Coors’ businesses in Croatia and Bosnia.

“Sergey’s well-rounded experience across geographies and business functions, along with his people-first approach, will be an asset to our Europe team and for our entire global business,” says Molson Coors President and CEO Gavin Hattersley. “Under Sergey’s leadership, Molson Coors will continue to build strength for our people and for our business throughout the Europe business unit.”

Simon Cox, the current CEO and Europe president, is set to retire at the end of the year after more than three decades in the beer industry. A master brewer by training, Cox worked for Molson Coors for 16 years, where he led both supply chain and on trade sales teams, as well as the strategy function in the U.K. before going on to successfully run the U.K. business. He was subsequently selected to run Molson Coors Europe. During that time, he built an impressive record of success, including the acquisitions of Cobra, Sharp’s Brewery, and Aspall Cyder.

Following his suggested separation of the functions, Antoine Fiévet, current chairman and CEO of the Bel Group, will remain as chairman of the board.
Morgan Smith
May 16th, 2022

Michael McCain has become executive chair of the board and is continuing to serve as CEO through 2022, while president and COO Curtis Frank is to become CEO next year.
Morgan Smith
May 11th, 2022

Given current supply chain obstacles, it has been difficult getting products to consumers around the world. But the fact remains that U.S. dairy producers have great opportunities and need to drive the sustainability and food safety narrative.
Aaron Hand
May 9th, 2022

White will serve as the company’s new president, while Christenberry will be PSSI’s new chief operating officer.
PSSI
May 9th, 2022

In her new role, Brady will lead the ongoing modernization and growth of Conagra’s grocery and snack portfolio, focusing on products that reflect evolving consumer demand and trends.
Morgan Smith
May 6th, 2022

The site in Ontario, Canada, with an initial annual capacity of 50,000 metric tonnes of liquid and molded chocolate production, represents the company’s biggest capital investment in a factory in North America.
Morgan Smith
May 5th, 2022

The new facility will help the company meet increased demand for its products and help facilitate its growth and efficiencies.
Morgan Smith
May 4th, 2022

Scheduled to open in late 2023, Jack Link’s new meat snack plant in Perry, Ga., will be the company’s first U.S. location outside the Midwest.
Morgan Smith
May 3rd, 2022

In his newly created role, current President Global Consumer, Americas, and Asia Foley will have responsibility for all of McCormick’s business units and its supply chain worldwide.
Morgan Smith
May 2nd, 2022

The agency is moving to limit lead in ready-to-drink apple juice and other single-strength juices and juice blends, supporting its Closer to Zero action plan that sets forth the FDA’s science-based approach to reducing exposure to toxic elements in foods.
Morgan Smith
Apr 29th, 2022

LIVE from ELC: The Millennial Mindset on Money, Career, Communication, and Benefits

The multi-million dollar investment will create Mars Wrigley’s largest innovation center in the world for snacks and treats, inspiring the next generation of new products to support the company’s iconic global snacks and treats brands.
Morgan Smith
Apr 27th, 2022

The new rendering facility will service many of Alabama’s poultry processors and others in neighboring states, helping to reduce waste by breaking down and cooking parts of the chicken people don’t eat into usable proteins and fats.
Morgan Smith
Apr 19th, 2022

The opening brings Nestlé’s total investment in the factory to more than $200 million, as the business has increased production and developed new capabilities to meet growing cat food demand.
Morgan Smith
Apr 14th, 2022

The packaging machinery industry veteran, who currently serves as the Triangle’s vice president of sales and marketing, is retiring after seven years with the company.
Triangle Package Machinery Co.
Apr 13th, 2022

Current Chairman and CEO Bob Gamgort will serve as executive chairman of KDP, while CFO and President of International Ozan Dokmecioglu will assume leadership of the company this July.
Morgan Smith
Apr 8th, 2022